Iota-Carrageenan Nasal Spray in the prophylaxis of COVID-19

Marinomed Biotech AG (VSE:MARI), an Austrian science-based biotech company with globally marketed therapeutics derived from innovative proprietary technology platforms, announced today that Carragelose inactivates the new, rapidly spreading variants and SARS-CoV-2 wildtype with similar efficacy in vitro. The Company tested the three variants that currently mostly drive the COVID-19 pandemic, namely the so-called British or B.1.1.7, the South-African or B.1.351, and the Brazilian or P1 variant.[*] The data demonstrate that also with increasing prevalence of virus variants, the marketed OTC Carragelose-based lozenges, nasal and throat sprays will continue to effectively contribute to combatting the COVID-19 pandemic.

“The COVID-19 pandemic continues to be a major health, social, and economic burden, and we now see variants of SARS-CoV-2 taking over the dynamics of the pandemic. We are very confident in these results that show Carragelose inactivates SARS-CoV-2, independent of the mutations we tested,” said Dr. Eva Prieschl-Grassauer, Chief Scientific Officer at Marinomed. “Given the broad antiviral efficacy and the physical mode of action, we were convinced that SARS‑CoV‑2 variants are unlikely to evade the antiviral efficacy of Carragelose. With these new results we confirmed the hypothesis that our Carragelose-based products continue to be effective also against the mutations of concern currently emerging strongly. We believe that this will hold true for any future variants.”

In recent in vitro tests, Marinomed included four lentiviruses differently pseudotyped with the spike protein of wild-type SARS-CoV-2 or one of the three variants B.1.1.7, B1.351 and P1, respectively. Carragelose was able to inactivate all four virus forms at concentrations below 5 µg/ml. This is clinically relevant for the use of Carragelose-containing products: The marketed nasal sprays have a Carragelose concentration of 1.2 mg / ml, a more than 200-fold higher dose as shown to be effective in vitro. The non-sulfated polymers HPMC and CMC were ineffective even at the highest concentrations tested.

In addition, two of the three SARS-CoV-2 variants (B1.1.7 and B1.351) were independently tested in Vero cell tissue culture in cooperation with the virological institute of the University Hospital Erlangen, Germany. Carragelose showed similar effectiveness against the SARS-CoV-2 wild type and the tested variants.

Dr. Prieschl-Grassauer continued: “We are very pleased to show that Carragelose is effective regardless of the actual SARS-CoV-2 variant. With the extensive discussions we are seeing around maintaining efficacy against a mutating virus, it is reassuring to know that Carragelose is a simple, safe, and effective means of supporting the prevention and treatment of COVID-19. With the data we have already seen against SARS-CoV-2 wild type, we are confident that this will hold true also for SARS-CoV-2 variants in the clinic.”

Marinomed’s lentivirus data show the ability of Carragelose to prevent the virus from attaching to the host cell. The infectious virus particles used in the cooperation with the virological institute of the University Hospital Erlangen mimic the effect of an actual infection, where the virus replicates in the host cells and then reinfects further cells, thereby spreading the infection in the body. Both are established and scientifically widely accepted models. Taken together, the data show how Carragelose can effectively inhibit SARS-CoV-2 variants in tissue culture. The cooperation partners plan to publish the data in a peer reviewed journal.

Carragelose® is a sulfated polymer from red seaweed and is a unique, broadly active anti-viral compound. It is known as a gentle yet effective and safe prevention and treatment against respiratory infections. Several clinical and preclinical studies have shown that Carragelose® forms a layer on the mucosa wrapping entering viruses, thereby inactivating them, and preventing them from infecting cells. Increasing clinical evidence indicates that Carragelose® can also inactivate SARS-CoV-2.[1],[2] Marinomed is holder of the IP rights and has licensed Carragelose® for marketing in Europe, parts of Asia, Canada, and Australia. For a full list of Marinomed’s portfolio of Carragelose® containing nasal sprays and oral products, please visit https://www.carragelose.com/en/portfolio/launched-products, for a list of scientific publications on Carragelose®, https://www.carragelose.com/en/publications.

Marinomed Biotech AG (Korneuburg, Austria) (VSE:MARI) is an Austrian science-based biotech company with globally marketed therapeutics listed on the Prime Market of the Vienna Stock Exchange. The company focuses on the development of innovative products based on two patent-protected technology platforms. The Marinosolv® technology platform increases the efficacy of hardly soluble compounds for the treatment of sensitive tissues such as eyes, nose, lung or gastrointestinal tract. The Carragelose® platform comprises innovative patent-protected products targeting viral infections of the respiratory tract and can reduce the risk of an infection with SARS-CoV-2. Carragelose® is used in nasal sprays, throat sprays and lozenges, which are sold via international partners in over 40 countries worldwide. Marinomed, Marinosolv® and Carragelose® are registered trademarks of Marinomed AG. These trademarks may be owned or licensed in select locations only. Further information is available at https://www.marinomed.com/en/technologies-markets/markets.

Dr. Zelenko’s main hypothesis  based on the data  showing that early intervention and treatment of high-risk patients with COVID-19 results in significantly few hospitalizations and deaths. This treatment regimen involving zinc, low-dose hydroxychloroquine, and azithromycin is also apparently known as, “The Zelenko Protocol.” Update:  Recently, Ivermectin has come to the fore as a more effective (also long standing, cheap, generic drug), in all three stages of COVID-19. Dr Zelenko has also updated his protocols to incorporate ivermectin as an option for both the prophylactic and treatment protocols as shown below. Introduction This webpage compiles content related to the early outpatient treatment protocol that has been proposed by  Dr. Vladimir Zelenko  for the SARS-CoV-2 virus. Dr. Zelenko originally risk-stratified patients and treated high-risk patients with hydrox
Read more

Ivermectin and COVID-19: Research Review and Meta-Analysis | Updated May 2021 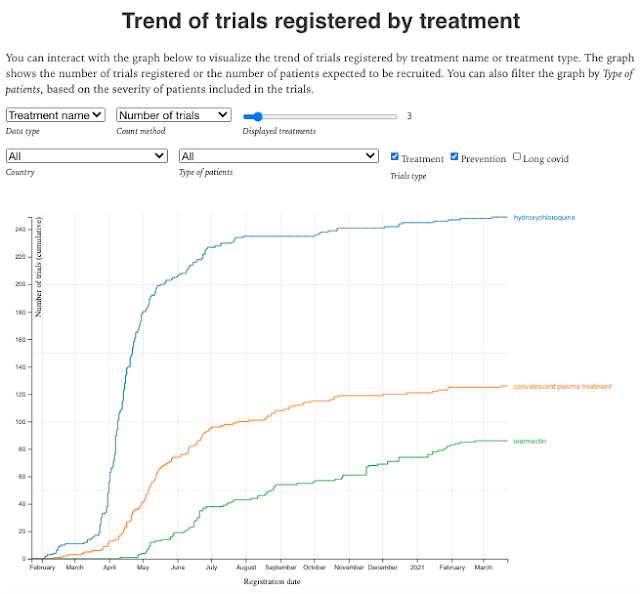 As of May 2021, there are more than 80 on-going trials globally on Ivermectin for treatment and prevention of COVID-19 on  covid-nma.com . Source: covid-nma.com Ivermectin is an anti-parasitic medication widely used in low and middle-income countries (LMIC) to treat parasitic worm infections in adults and children. It’s been used for decades for this purpose by over 3.7 billion people, and is considered safe and effective. It has an increasing list of indications due to its antiviral and anti-inflammatory properties, and is included on the WHO’s Model List of Essential Medicines. In April last year, a trial at Melbourne’s Monash Universi
Read more 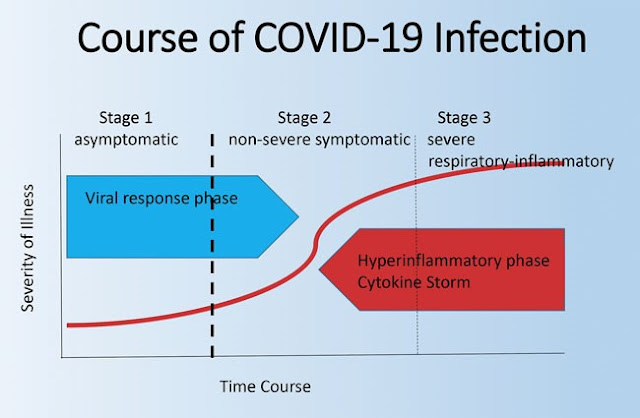 The  original Zelenko protocol  consists of zinc, low-dose hydroxychloroquine and azithromycin (Zithromax). Based on rapidly emerging clinical trials evidence of ivermectin, an anti-parasitic medicine, has highly potent real-world, anti-viral and anti-inflammatory properties against COVID-19 virus, Dr Zelenko has also included ivermectin as part of his prevention and treatment protocols. Zelenko COVID-19 Prophylaxis Protocol Prophylaxis is an action taken to prevent or protect against a specified disease. Greek in origin, from the word "phylax", meaning "to guard" and "watching."     Low Risk Patients  Young healthy people do not need prophylaxis against COVID-19. In young and healthy people, this infection causes mild cold-like symptoms. It is advantageous for these patients to be exposed to Covid-19, build up their antibodies and have their immune system clear the virus. This will facilitate the development of herd immunity and help prevent future Covid
Read more 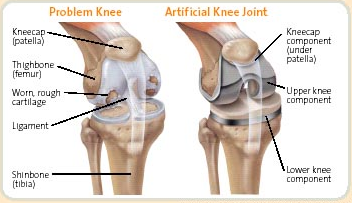 If you're looking for the best orthopaedic doctors in Klang Valley, you've come to the right place. Best Orthopedic Doctors in Klang Valley Choosing the right orthopedic surgeon in Malaysia is not as simple as choosing a GP to get your next MC. An orthopedic surgeon is a medical specialist and they do sub-specialize in various orthopedic related sub-specialties. Examples of orthopedic sub-specialties include: Hand surgery Shoulder and elbow surgery Total joint reconstruction (arthroplasty) Skull reconstruction Pediatric orthopedics Foot and ankle surgery Spine surgery Musculoskeletal oncology Surgical sports medicine Orthopedic trauma Orthopaedic Oncology To assist you in finding the best orthopedic doctor in Malaysia, we have compiled a list of orthopedic surgery clinics below. Selection Methodology: The selection of the clinics is based on Google Search Results, reviews and information available on blogs and forums . Disclaimer: The list of clinics has been arranged in no par
Read more 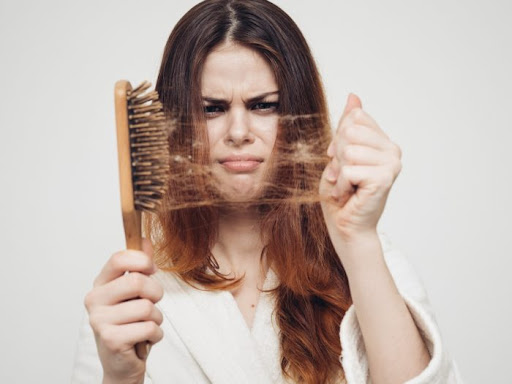 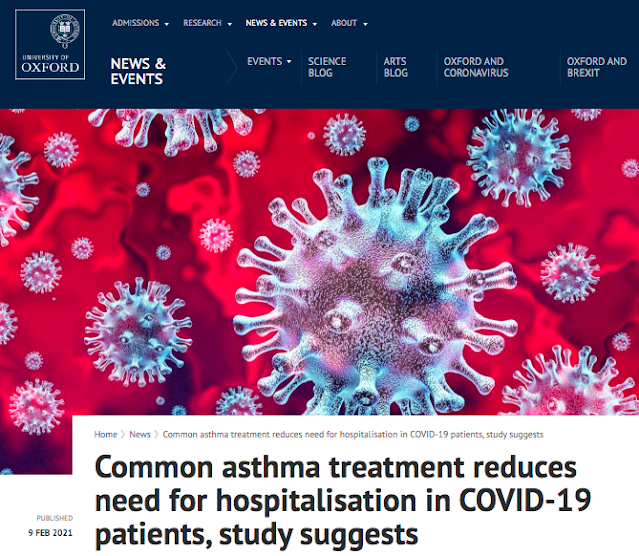 Dr. Richard Bartlett shared with   ACWT   (America Can We Talk) about how asthma medicine Budesonide emptied a hospital ICU after being used to treat coronavirus.  Richard Bartlett made waves in a July 2, 2020 interview (the video has been removed for violating YouTube's Community Guidelines) that already has racked up 4.1 million views online. In the interview, Bartlett, who has practiced medicine for 28 years and was part of former Texas Gov. Rick Perry’s Health Disparities Task Force, boasted a 100% survival rate for his patients since March 2020 by using his treatment strategy, centered around an inhaled steroid called budesonide. “We have cracked the case,” the doctor said. He emphatically doubled down in an interview last week: “The cat is out of the bag. We have an answer for this. We don’t need another answer.” Well, with COVID-19, nothing has been that simple. But the “silver bullet,” as Bartlett called it, isn’t new at all, which is part of what makes it so intriguing. An
Read more 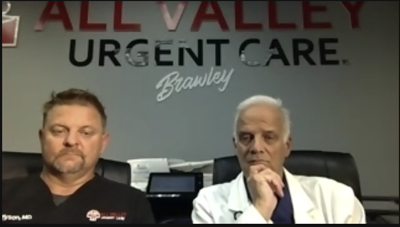