May 31, 2022
Osteoarthritis (OA) is the most common type of arthritis. OA of the knee happens when the cartilage — the cushion between the knee joints — breaks down. This can cause pain, stiffness, and swelling.

There is no cure for OA of the knee, but treatment can help relieve discomfort and slow the damage. It can improve also your quality of life and help you better keep up with your day-to-day activities.

Your treatment options will depend on your individual needs. These include your medical history, level of pain, and the impact of OA on your daily life.

Treatment usually includes a combination of therapies and lifestyle choices. 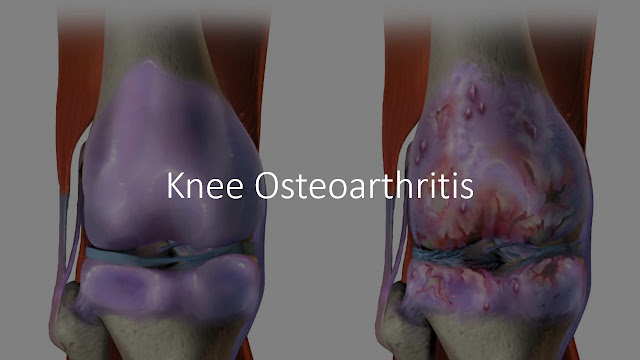 Injections of platelet-rich plasma (PRP) are a novel treatment for managing pain related to osteoarthritis (OA) of the knee. Some PRP preparations have approval from the Food and Drug Administration (FDA), but approval does not yet cover the use of PRP in OA of the knee. Nevertheless, some clinics may offer it “off-label”.

Following is a review of the available effectiveness data taken from clinical, and real-world studies of PRP in knee OA.

There are 22 PRP studies that show superiority over hyaluronic acid:

There are 5 PRP studies that show superiority over steroid injections:

According to Regenexx.com:
The new study looked at hundreds of knee arthritis patients treated with what they claimed were PRP injections (1). On the surface, it’s a well-designed and documented study with a fancy name. However, unlike more than a dozen randomized controlled trials before it that showed that PRP was an effective treatment for knee arthritis, this one didn’t find that to be true (3-20). So what is the problem? The problem is the study didn’t actually use PRP.

The name of the PRP kit the authors used is called RegenLab. Independent research was performed in 2014 on that system. Here we see how it performed in that study:Note in the red and yellow highlighted box that the RegenLab PRP kit was only able to produce about 1.6X concentration of platelets, therefore not meeting the minimum requirements to be PRP of 2X (2). Given that this paper was very much available to the lead authors of this study when in the design phase, who in their right mind would pick this commercial system to study?

In addition, since these authors reported the concentration of platelets in the “PRP” samples they injected, we can also look at that data. This is from the JAMA knee arthritis paper:The average platelet count was 325. Why is that a problem? The average platelet count in normal blood is 150-450. Hence, there was no significant concentration of platelets that happened in this study. When you do the math, the concentration factor was LESS than that of the prior study on RegenLab PRP at a ridiculously low 1.2!
Older patients need higher concentrations of PRP. What was the average age in this study? 62 years of age. Hence, a PRP concentration this low in a patient population this old was doomed to failure before the trial began.

If you are considering PRP,  be sure to discuss it first with a qualified and trusted medical doctor and follow their advice.
knee pain prp

FLCCC (Front Line COVID-19 Critical Care) I-MASK+ Protocol I-MASK+ Prevention & Early Outpatient Treatment Protocol for COVID-19 was designed for use as a prevention and in early outpatient treatment, for those who test positive for COVID-19. Component nutrients include vitamin D, C, melatonin, quercetin and zinc . All the component medicines are FDA-approved (except ivermectin), inexpensive, readily available and have been used for decades with well-established safety profiles. Please take note that I-MASK+ protocols are now: I-PREVENT protocol for prevention (prophylaxis) I-CARE protocol for early treatment . PREVENTION PROTOCOL The I-Prev
Read more

What is the Zelenko protocol? The Zelenko COVID-19 Protocol was developed by Dr Vladimir Zelenko. A retrospective study analyzing Dr Zelenko's patient data was accepted for publication in the International Journal of Antimicrobial Agents after a rigorous peer review process. The study finds that early intervention and treatment of high-risk patients with COVID-19 resulted in significantly fewer hospitalizations and deaths. The treatment consisting of zinc, low-dose hydroxychloroquine (HCQ), and azithromycin, is also referred to as "The Zelenko Protocol." Dr Zelenko has since updated his protocols to incorporate new evidence. We are so sorry to have to post this update from Zelenko Freedom Foundation: " It is with immense sorrow that we announce the passing of our founder Dr. Vladimir “Zev” Zelenko ." Introduction This webpage compiles content related to the early outpatient treatment protocol that has been proposed b
Read more

IMPERIAL VALLEY – After more than one year of treating COVID-19 on the Imperial Valley frontlines, which included the months the County was the virus epicenter of California, two doctors — Dr. Brian Tyson and Dr. George Fareed— have added to their effective treatment. The treatment changes are based on latest results by other frontline doctors and what they have observed personally. Dr. George Fareed, Imperial Valley frontline doctor fighting against the COVID-19 pandemic locally, has been fielding phone calls from across the nation helping those afflicted but unable to get early treatment from their medical establishments. Related: Dr Brian Tyson and Dr George Fareed Early Treatment Protocol Results    “I’m really busy, but I’m willing to help anyone,” Fareed said. The doctor reached out to The Desert Review suggesting publication of the Protocol he and Dr. Brian Tyson have refined for their local patients that has been so successful. Fareed also included in his material what Dr. Zel
Read more

How to Get Ivermectin in the US: Pharmacies (2022) 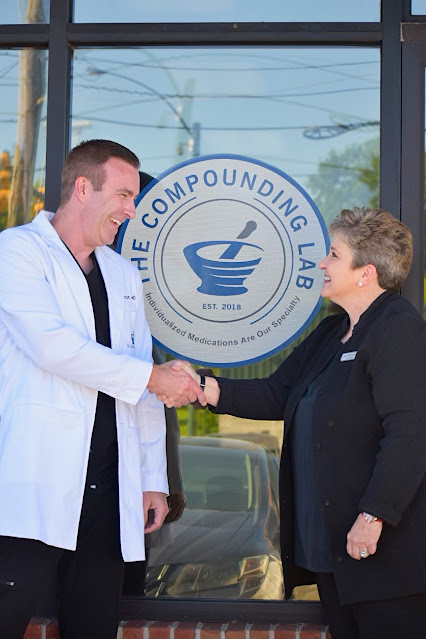 To assist all who are having difficulty finding pharmacists to fill prescriptions for ivermectin for preventing or treating COVID-19, FLCCC offer the following list of pharmacies that have assured us that they will fill these off-label prescriptions. Understand, however, that FLCCC have no way of comparing prices, service, or shipping times from any of these businesses, so please be wise consumers and discuss these things with each one that you call. Denise Sibley, MD & Josh Harrison, DPh, enter into a Collaborative Agreement for OTC ivermectin. Important Tips When Selecting an online pharmacy: Check online reviews. Ask about pricing for prescriptions upfront and include shipping costs. Ask where your prescription is being shipped from. If your pharmacy is n
Read more

How to Detox Spike Protein from Body - Dr Mercola 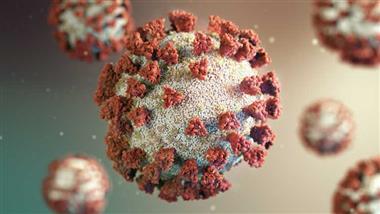 The spike protein is naturally found in SARS-CoV-2, no matter the variant. In its native form in SARS-CoV-2, the spike protein is responsible for the pathologies of the viral infection. In its wild form it’s known to open the blood-brain barrier, cause cell damage (cytotoxicity) and, as Dr. Robert Malone, the inventor of the mRNA and DNA vaccine core platform technology, 1  said in a commentary on News Voice, “is active in manipulating the biology of the cells that coat the inside of your blood vessels — vascular endothelial cells, in part through its interaction with ACE2, which controls contraction in the blood vessels, blood pressure and other things.” 2 It’s also been revealed that the spike protein on its own is enough to cause inflammation and damage to the vascular system, even independent of a virus. 3 Now, the World Council for Health (WCH), a worldwide coalition of health-focused organizations and civil society groups that seek to broaden pub
Read more 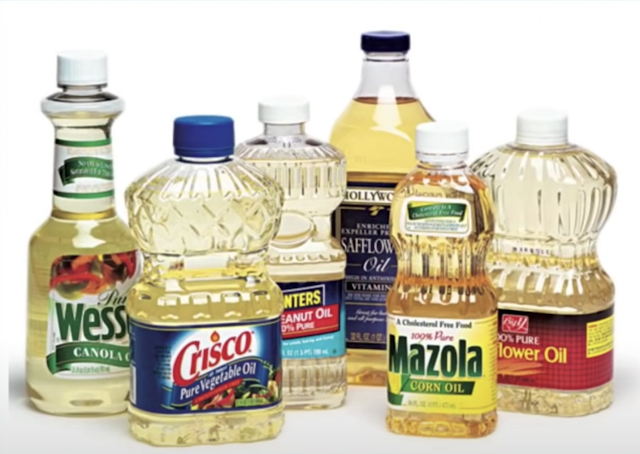 The majority of Americans might be misled by official health recommendations to eat “healthy” vegetable oils. Even the term “vegetable oil” is misleading because it gives you the impression that you are receiving vegetable micronutrients when these oils are actually highly toxic, industrially-processed seed oils. Seed oils are some of the most dangerous items you could eat. Tucker Goodrich and Dr Mercola discussed what will be the topic of Dr Mercola's next book, namely linoleic acid (LA), which he believed is likely the leading contributing cause of virtually all chronic diseases we've encountered over the last century. Unfortunately, this is a topic that most clinicians and health care practitioners who focus on natural medicine have only a superficial understanding of.   Goodrich has a business background as a stockbroker and asset manager, and developed an IT risk management system used by two of the largest hedge funds in the world. A string of health
Read more

It is critical to recognize that infection with SARS-CoV-2, the virus that causes COVID-19, progresses through a number of stages and phases. Treatment is therefore highly stage-specific. COVID-19 is a clinical diagnosis; a confirmed antigen or PCR test is not required. Treatment should be initiated immediately after the onset of flu-like symptoms. The multiple therapies and drugs in this protocol have different mechanisms of action and work synergistically during various phases of the disease. The FLCCC I-CARE Early Treatment Protocol The I-Care protocol has been updated several times and below is their latest version ( version 3: September 6, 2022 ). FIRST LINE THERAPIES (In order of priority; not all required) Ivermectin: 0.4 to 0.6 mg/kg – one dose daily for at least 5 days or until symptoms resolve. If symptoms persist longer than 5 days, consult a healthcare provider. See Table 1 for help with calculating correct dose. Due to a possible interaction between quercetin and ivermecti
Read more

Why Have Wheat and Gluten Become So Problematic? 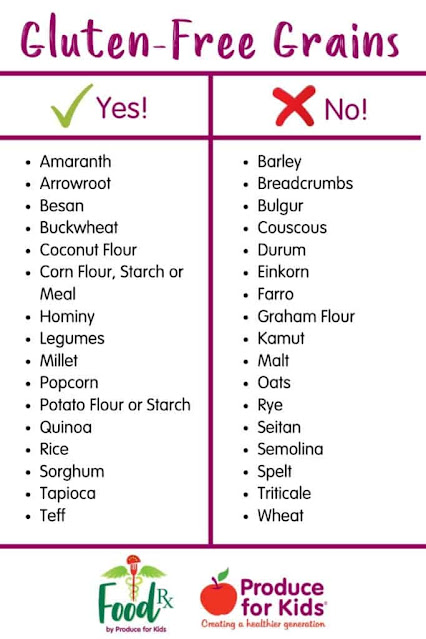 It isn’t just your imagination: Wheat allergies and gluten-related health conditions, including celiac disease and gluten sensitivity, are much  more common  today than they were a few decades ago. There has been a real increase in their prevalence. The question is: Why? The simple answer is, we humans have strayed a long way from the nutrient-rich, pesticide-free food on which we thrive, and the more we have strayed, the more health problems we have developed. Celiac disease and gluten sensitivity are two of many disease expressions of that. Early Health Problems From Wheat With all the wheat-based products (e.g., bread, bagels, muffins, cookies, pasta, pizza, and burritos) that Americans and other people around the world eat, it’s automatic to assume that wheat has always been a component of the human diet. But that isn’t true. Before grains became widespread, people primarily ate meat and vegetables and no wheat or other grains. Grain-based agriculture—the planting and sowing of wil
Read more

If you are confused about the recommendations made by different professional groups for the COVID-19 pandemic, you've come to the right place. Before you continue to read this rather long article, let's start with the end in mind and begin with the conclusion that you may have been told. There is no early treatment for COVID-19? Most of the studies are small and are of low quality? We shall wait for bigger and better quality evidence before we can make formal recommendations? McCullough et al. Reviews in Cardiovascular Medicine, 2020 In this article, we would like to cover 2 popular treatments i.e. Iota-Carrageenan and Ivermectin. Iota-Carrageenan Carragelose is a brand name of iota-carrageenan from Marinomed. Marinomed Biotech AG (VSE:MARI), an Austrian science-based biotech company with globally marketed therapeutics derived from innovative proprietary technology platforms, announced that Carragelose inactivates the new, rapidly spreading variants and SARS-CoV-2 wildtype wit
Read more