What is Super Lutein?

S. LUTEIN contains a well-balanced formula of carotenoids, which are pigments found in fruits and vegetables. Carotenoids have recently been drawing attention as a nutrient that helps support the overall health of modern people.

S. LUTEIN is formulated with 6 types of carotenoids that are representative of “phytochemicals”, including lutein and zeaxanthin. It also contains anthocyanin, DHA, B group vitamins, vitamin E and various other nutrients. S. LUTEIN is recommended for those who find it difficult to consume sufficient amounts of fruits and vegetables every day. Containing 6 types of carotenoids, anthocyanin, vitamin E, DHA, and various other nutrients, S. LUTEIN is a health supplement that helps you to achieve a nutritionally balanced diet.

There has been a growing awareness of hydrogenized water in the past few years. IZUMIO is the No. 1 bestselling product in the hydrogenated water market in Japan. With more than 230 million units distributed since its launch in 2007, IZUMIO is a brand of hydrogenised water product widely consumed by many customers in Japan. 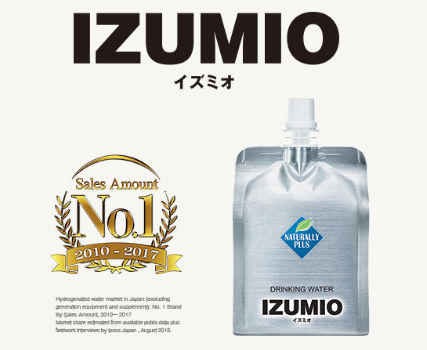 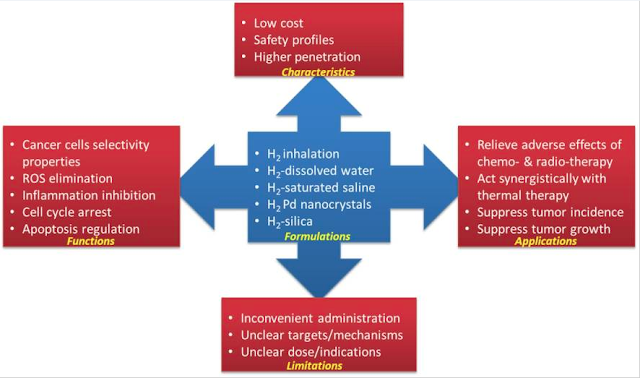 Although hydrogen gas was studied as a therapy in a skin squamous carcinoma mouse model back in 1975 (Science. 1975), its potential in medical application has not been vastly explored until 2007, when Oshawa et al. reported that hydrogen could reduce brain injury by selectively reducing cytotoxic reactive oxygen species (ROS), including hydroxyl radical (•OH) and peroxynitrite (ONOO-) [Nat Med. 2007], which then provoked a worldwide attention.

The first case report of hydrogen inhalation therapy in a patient with metastatic Gall Bladder Cancer was published by a team in China. The patient has gradually improved and has survived for more than 10 months (Onco Targets Ther. 2019).

In a review on hydrogen gas and cancer treatment, it was suggested that hydrogen gas may work alone or synergistically with other therapy to suppress tumor growth (Front Oncol. 2019).

One clinical trial (NCT03818347) is now on-going to study hydrogen gas in cancer rehabilitation for multiple cancer types in China. 2 publications that are associated with this research data have been published.

Disclaimer: Do take note that these are case reports and would require verification in randomised clinical studies with greater number of patients. Therefore, the effectiveness of Super Lutein and Izumio on these case studies may not be easily extrapolated to a diverse population. If you decide to take Izumio and Super Lutein to complement your main treatment, be sure to let your doctor know exactly what you are taking.

Dosage to bring her body back to healthy level for surgery:
2 capsules of Super Lutein every 2 hours (a total of 20 capsules) per day
3 packets of Izumio per day

Dosage during chemo:
4-5 packets of Izumio

Where to Buy Hydrogen Water in Malaysia?

If you are in doubt on which and where to buy genuine hydrogen water in Malaysia, you can contact us for assistance.